This page is dedicated to the references we used to relay facts and information regarding topics covered in the podcasts. Each reference is tagged for its relationship with a podcast. The CBD Ed Show diligently researches each and every podcast topic to the best of our ability. We want you to be able to reference these resources easily. Each reference is linked to its corresponding episode. Should you want to continue the research, we welcome input and questions regarding this page. 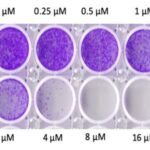 The mechanism of action of CBD and its potential applications in cancer therapy will be the major focus of this review.

We reviewed hundreds of academic studies and scientific papers to examine CBD’s potential as an anti-cancer drug.

While medical cannabis has sparked much debate, growing evidence suggests that many patients, including cancer patients, could benefit from its effects. The cannabis sativa plant has more than 100 different chemical compounds known as cannabinoids, each with its own unique function. CBD, short for cannabidiol, is just one of these compounds but is unique in that it poses no psychogenic effects. This means that it does not cause the “high” that many people associate with marijuana. This makes it an attractive natural compound for cancer treatment. A 2017 study performed in the State of Washington, where marijuana is legal, found that 25 percent of cancer patients surveyed were already using the drug to self-manage symptoms such as pain, nausea, anxiety, and insomnia.

PICTURED ABOVE: NYITCOM RESEARCHERS TREATED THE SAME NUMBER OF MELANOMA CELLS WITH VARYING CONCENTRATIONS OF CBD. AFTER 7 TO 10 DAYS, THE CELLS WERE STAINED WITH CRYSTAL VIOLET DYE. THE RESEARCHERS QUANTIFIED THAT CBD SUPPRESSED THE VIABILITY OF 50 PERCENT OF THE MELANOMA CELLS WITH A CONCENTRATION OF 2.45 ΜM. AS SHOWN, NEARLY ALL THE CELLS WERE DEAD AFTER TREATMENT WITH 4 ΜM OF CBD.

The test subjects obtained 100 percent pure CBD from a commercial supplier. The team conducted preliminary investigations to test its effects on a variety of cancers, including melanoma.

The group wanted to thoroughly detail CBD’s current status as a potential cancer treatment or additive measure to other treatments like chemotherapy and radiation.

The paper details how CBD has been shown to kill cancer cells, as well as prevent them from spreading throughout the body. It does this by binding to the cancer cells’ cannabinoid receptors, proteins anchored on the surface of a cell that regulates inflammation, cell survival, and the cell’s ability to replicate. CBD also binds to another family of cell surface proteins called transient receptor potential vanilloid (TRPV) channels. These proteins regulate the amount of calcium within the cell. When CBD binds to the cannabinoid or TRPV channels, protein expression is altered, leading to a buildup of free radicals known as reactive oxygen species and misfolded proteins. This buildup ultimately inhibits the cancer cell’s ability to survive.

One area of cancer research with increasing and promising findings included glioma/glioblastoma, a type of brain cancer that made national headlines when Senator John McCain succumbed to the disease in 2018.

CBD’s effects on breast cancer have been studied since 2006. Various breast cancer cell lines have been used to demonstrate a dose-dependent response to CBD. CBD induced significant cell death after 24 hours.

CBD exerts its anti-proliferative effects on breast cancer cells through a variety of mechanisms, including apoptosis, autophagy, and cell cycle arrest.

While the activation of CB2 and TRPV1 receptors were seen in cells, the effect was partial. More recent studies have found the anti-proliferative effects of CBD on breast cancer cells to be independent of the endocannabinoid receptors [87]. CBD has been consistently shown to generate ROF(return of function), which in turn inhibit proliferation and induce cell death.

CBD exerts its pro-apoptotic effects by downregulating mTOR, AKT, 4EBP1, and cyclin D while upregulating the expression of PPARγ and its nuclear localization [83,87]. Shrivastava et al. showed that inhibition of the AKT/mTOR signaling pathway and induction of ER stress also induced autophagy alongside apoptosis [87]. At increased CBD concentrations, or when autophagy was inhibited, the levels of apoptosis increased. They further showed that CBD may coordinate apoptosis and autophagy through the translocation and cleavage of Beclin-1.

CBD has also been shown to inhibit migration, invasion, and metastasis in aggressive breast cancer in vivo and in vitro.

CBD may be a viable adjunctive treatment for breast cancers as it can sensitize cells, allowing for potentially lower doses of such toxic chemicals to be prescribed. Taken together, CBD has been consistently shown to be efficacious in many breast cancer cells and mouse models when it comes to its anti-proliferative and pro-apoptotic effects, while the mechanisms of these effects may vary. At this point, there is an urgent need for clinical trials looking at the anti-tumor effect of CBD for breast cancers, as this seems to be the next logical step in the progression of developing CBD as a treatment alternative for breast cancers.

The NYITCOM researchers are encouraged because, so far, these results seem to back what science has previously shown us about CBD: when used in combination with radiation or chemotherapy drugs, CBD has synergistic effects on glioma cell lines, meaning it can help stop the proliferation of cancer cells that keep dividing and growing over time.

As evidenced by the large volume of literature reviewed, CBD has demonstrated robust anti-proliferative and pro-apoptotic effects on a wide variety of cancer types both in cultured cancer cell lines and in mouse tumor models. In comparison,

CBD generally has milder effects on normal cells from the same tissue/organ. The anti-tumor mechanisms vary based on tumor types, ranging from cell cycle arrest to autophagy, to cell death, or in combination. In addition, CBD can also inhibit tumor migration and invasion. CBD seems to disrupt the cellular homeostasis in both tumor cells as well as infiltrating cells, leading to cancer cell death and inhibition of tumor migration, invasion, metastasis, and angiogenesis.

The final step of developing CBD as an oncology drug is through extensive and well-designed clinical trials, which are urgently needed.